Hervé Télémaque, a French artist born in Haiti whose poignant works tackling racism and colonialism have only recently garnered mainstream recognition in Europe and the U.S., died in a hospital near Paris on Thursday. He was 85.

The Aspen Art Museum in Colorado, which is now hosting a version of Télémaque survey that first appeared at the Serpentine Galleries in London, announced Télémaque’s passing. The museum said he had been battling an autoimmune disorder.

Télémaque has proven a hard figure to classify. During the ’60s, he was grouped in with the Narrative Figuration movement, a French style that sought to revive representational painting as a leftist political strategy. He has also been considered a Pop artist, and in a recent show presenting a global history of Surrealism, he was labeled a tangential figure of that style, too. 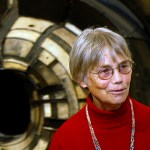 But to say Télémaque is a member of any of these movements would not adequately capture the vibrancy and the complexity of his art, which often took up histories of racism and colonialism—and their continued influence on the present—in striking, ambiguous ways.

He is best known for works like 1965’s 36,000 Marines Over Our Antilles, which addresses the U.S. government’s role in the formation of a communist regime in the Dominican Republic. A picture of a stylish women, articles of clothing, a running soldier, a blue telephone cord, and footsteps are set against a hot red-orange background, along with text in both French and English. There can be no mistaking the painting’s anti-consumerist, anti-establishment stance, but what, exactly, Télémaque is trying to say with all this imagery is harder to pin down.

Télémaque was explicit about his position as a Black man of Haitian descent living in a Western country rife with racism.

“I myself am a product of French colonialism in Haiti, which at the time was called Saint-Domingue,” he told the Art Newspaper. “And so, it was natural that it fed into my thinking. And it’s still going on. Look at what is happening in France today.”

Hervé Télémaque was born in Port-au-Prince, Haiti, in 1937. As he told the Art Newspaper, he came from a “family of artists,” with a poet uncle and a pianist aunt. Once the dictator François Duvalier came to power, Télémaque departed in 1957 for New York, where he studied with the Art Students League.

In New York, Télémaque encountered Abstract Expressionism. He admired the movement deeply, but felt reservations about the ways in which it precepts—its tendency toward all-encompassing planes of color and its goal of eliciting transcendent feeling—could become “decorative,” as he called it.

Less than five years after he arrived in New York, he left the city, in 1961, for Paris, finding that the racism he had experienced every day in the U.S. had grown unbearable. In interviews, he described being unable to rent a studio simply because he was Black. “Racism was underlying everything here,” he told Artnet News. “Being unable to find a studio, I think that gives you a good idea of the situation.”

He found Paris a city much more acceptant of Black artists, and he embarked on creating the works that would gain him international fame much later on. He painted pictures such as No Title (The Ugly American), 1962/64, a grand canvas that roots the prejudice he experienced in New York within a larger history of violence. Racist caricatures fly around the painting as blond figures spew the word “STOP”; a collection of faceless individuals in one corner depicts Fidel Castro and Toussaint Louverture.

His “Banania” series, produced during the same era, took up racist imagery that wound its way into the pages of French journals, onto the shelves of grocery stores, and on movie screens. My Darling Clementine (1963), for example, features a dancing figure who is surrounded by an advertisement for a hair product that is split in two, with one of its halves replaced with an image of a monster.

During the ’70s, he dispensed with painting entirely, taking up drawing and collage. The latter medium was in part a nod to the occupation of his wife Maël, who worked as a seamstress, a profession that involves the repeated cutting and stitching together of various materials.

When Télémaque returned to painting in the ’80s, the works he produced were just as bold as they had been nearly two decades prior. Mère-Afrique (1982) places an Apartheid-era photograph of a Black nanny and a white child in South Africa alongside a caricature of Josephine Baker. Between the two hangs a leather whip.

Although Télémaque claimed to have retired in recent interviews, he continued to paint into the final decades of his life. When his illness made his right hand unusable, he began using his left to paint.

It was not until recently that most of the world’s biggest museum took note of Télémaque. Although it was not his first retrospective in Paris, his 2015 show at the Centre Pompidou did much to initiate greater interest in his art, as did his inclusion in the game-changing 2016 exhibition “Postwar,” curated by Okwui Enwezor and Katy Siegel, which retold postwar art history without Eurocentrism. His art appeared in the 2019 Museum of Modern Art rehang, and his Serpentine show followed in 2021.

In addition to the Aspen Art Museum show on view now, a smaller survey of Télémaque’s early work is headed to the Institute of Contemporary Art Miami later this month.

Asked in 2019 by Artnet News how he felt about his work’s changing reception, Télémaque said, “Things are always too slow, you know, that’s just the way it is.”

The way to Print a Desk High – Handprinted

How you can Get the Good Pocket or Left Chest Print Placement on Any...